CLIMATE ACTION IS THE THEME FOR THIS YEAR

Local businessman and former GAA Leinster Football Championship winning footballer, Phil O' Reilly, is to be honoured as this year's Grand Marshall for the Tullamore St. Patrick's Day Parade.  "Climate Change--What Can WE Do ?" is the theme for this year's Parade, which takes place on Tuesday 17 March, starting at 11.30 a.m.

"We are delighted that Phil O' Reilly will be our Grand Marshall this year.   He has been a very significant figure in our community over many decades, operating many successful businesses, particularly the very professionally operated Undertakers business.   He received the President's Lifetime Achievement Award from Tullamore Chamber of Commerce in 2019.   He is also fondly remembered as a great servant to Offaly GAA, with whom he won a Leinster Football Championship and also played in that epic All Ireland final against Down in 1961, which Offaly lost narrowly" states Sean O' Brien, Parade Secretary.

The theme for this year's Parade is "Climate Change--What Can WE Do?"   The Committee feel that this topic is very important at this time and thus the Parade will give all groups the opportunity to express their opinions, make suggestions, outline policies and maybe some real solutions.   It is a great opportunity for schools to involve their students in a real practical project and the Committee are hopeful that all schools in the area get involved.

The route for this year's Parade is not yet finalised due to the roadworks taking place in the centre of town, but a meeting with the Council this week should clarify matters.

"We are asking all groups to start making their preparations now that the theme is available and the date and time have been set.   As usual there will be excellent prizes for many different categories" states Sean O' Brien, Parade Secretary.

Phil (2nd fron left) is pictured here with some of his fellow sportsmen at the launch of the Walk for IMNDA and Offaly Homeless. 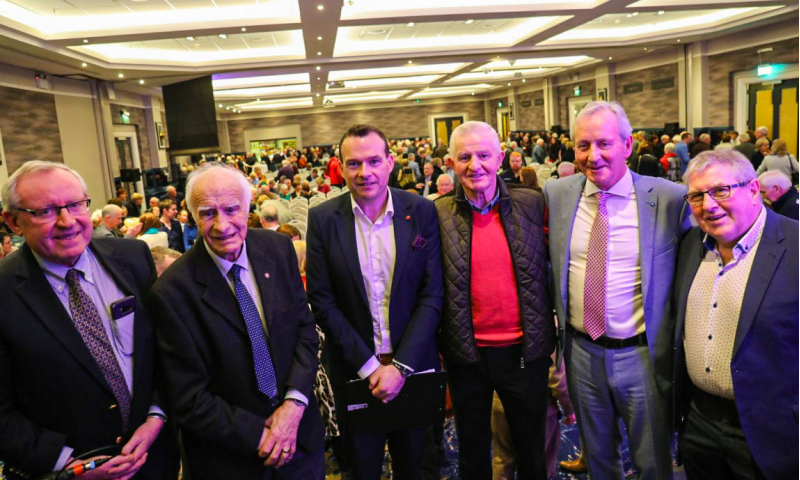 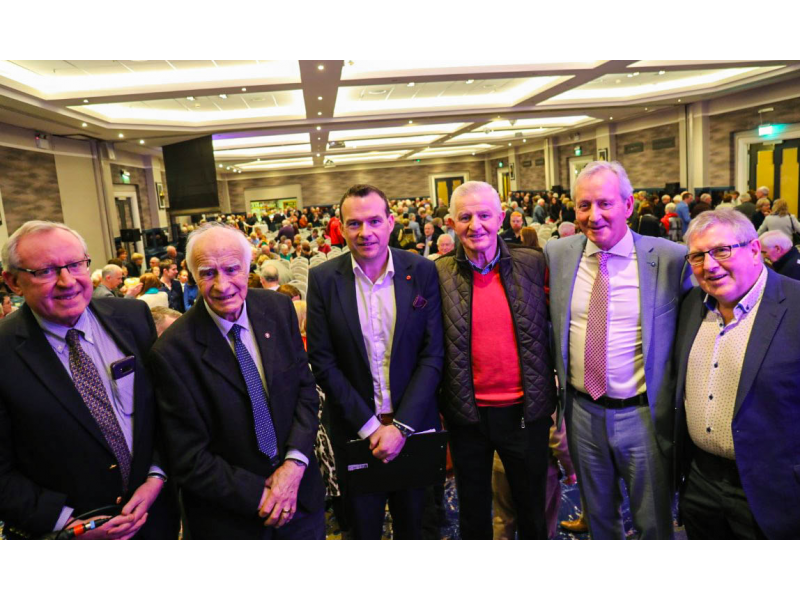