D&S Hardware are a major sponsor for the Parade this year. The Parade takes place on Sunday 17 March, commencing at 11.30 a.m.

"We are delighted to be a sponsor for this Year's St. Patrick's Day Parade in Tullamore. It is a major event for Tullamore and attracts so many people into Tullamore for the day. The Parade always reminds me of Spring and it is an opportunity for me to remind people of our large range of gardening products, including lawnmowers, at out D&S store in Axis Business Park" stated Stephen O' Connor, D&S Manager.

"Our Committee are delighted to receive sponsorship from so many businesses in Tullamore including this generous sponsorship from a home grown and very successful company such as D&S. This company won the Customer Service Section of the Midlands 103 Hardware Store Of The Year Awards in 2018. They have an amazing store in Axis Business Park and we wish them every success with their range of Stoves, Gardening, Hygiene, Industrial Tools, Work & Safety and Heating and Plumbing products" stated Sean O' Brien, Parade Secretary/PRO.

Groups and organisations have received letters outlining the Parade details and Theme; if an organisation has not received this please visit the Participation section of our website for full details. We would encourage all organisations and groups to continue making your preparations as the Parade is only three weeks away!

As usual there will be excellent prizes for several categories; these prizes will be presented at a gala Awards Night after the Parade.

The Theme for this year is "The Future". All entrants can interpret this in their entry and decide for themselves what this means for them, the Town or County, the Country, The World.
Only your imagination is the limit !!

There will also be a Window Display competition and a special prize will be awarded for this.

Dog owners are welcome to join in the Parade with their pets and there will be a Best Dressed Dog Prize.

There will also be a Peoples Choice Prize. The public can vote for an entry which they found to be outstanding; details on how to vote will be announced closer to the parade.

Business entries are welcome and they will assemble in Kilcruttin, opposite the Railway Station.

We look forward to seeing you on Sunday, 17th March in Tullamore. 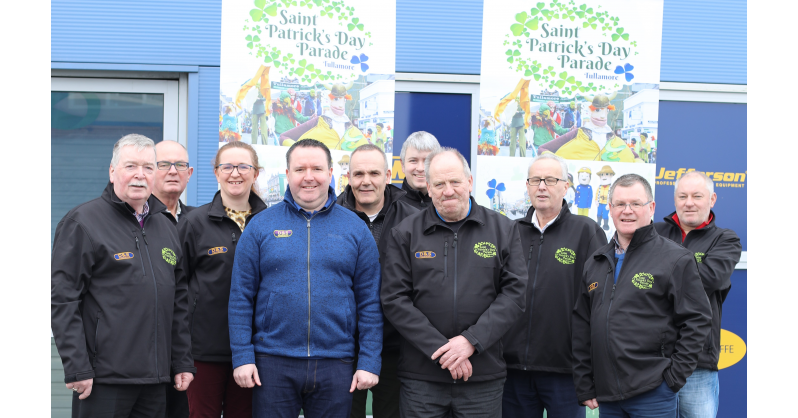